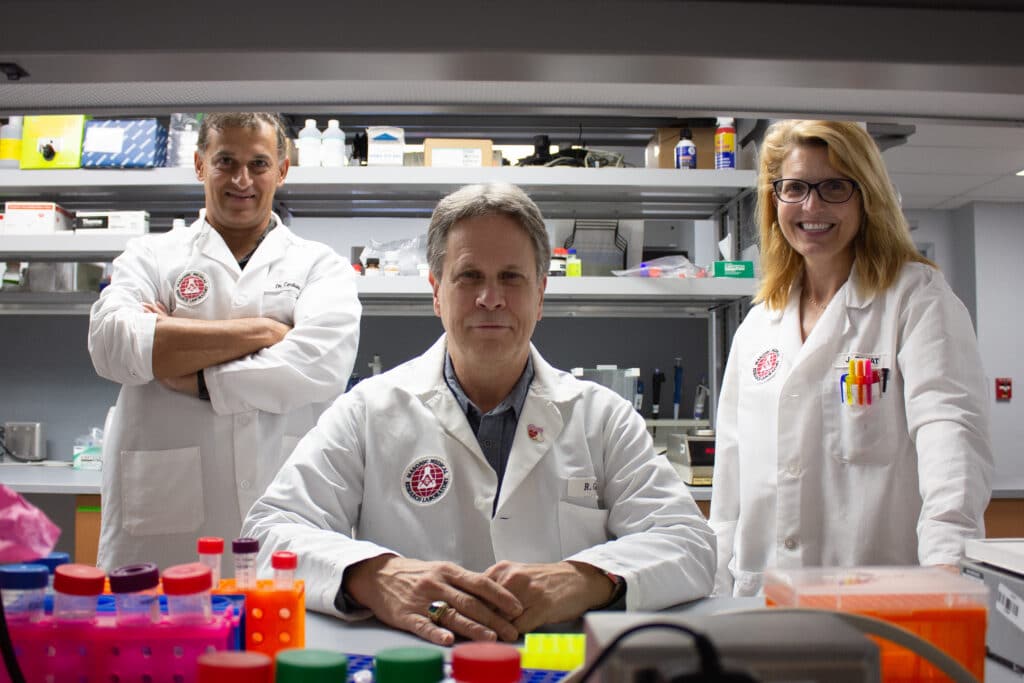 (UTICA, NY) Scientists from the Masonic Medical Research Institute (MMRI), in collaboration with Nanion Technologies, recently published a study in Biochemical Pharmacology that addressed the deficiencies in potassium (K+) currents in human induced pluripotent stem cell-derived cardiomyocytes (hiPSC-CMs). “HiPSCs have transformed medical research; it is a tool that can provide treatment strategies through precise analysis of the genetic makeup of a patient’s disease” said Dr. Jon Cordeiro, Research Scientist at the MMRI. The article is now available online in Biomedical Pharmacology.

HiPSCs are stem cells derived from human skin or blood that can be transformed into different cell types such as cardiomyocytes, the muscle cells of the heart. These hiPSC-CMs can then be used for several applications, including safety pharmacology. “However, while potentially useful in many aspects of research, hiPSC-CMs do not fully develop into mature into adult heart cells, and they are deficient in several important K+ currents,” said first author Jacqueline Treat. “Deficiencies in K+ currents suggest that the repolarization reserve in the cells is low, limiting their ability to beat normally and potentially leading to the development of cardiac arrhythmias, or irregular heartbeats,” added co-author Robert Goodrow. In this study, MMRI scientists determined whether stimulation of hiPSC-CMs with an activator of 2 different types of K+ channels, namely the transient outward K+ current (Ito) and the rapid delayed rectifier K+ current (IKr), could improve the repolarization reserve and generate more functionally mature heart cells. The experiments focused on the field of science known as electrophysiology, the study of electrical properties of biological cells and tissues.

The findings suggest that the activator compound only enhances the IKr current, but not the Ito, in hiPSC-CMs. Nonetheless, IKr enhancement alone improves the repolarization reserve in hiPSC-CMs and more fully differentiates the heart cells. In addition, their findings also made a serendipitous discovery that in hiPSC-CMs – only one K+ channel is induced by the dual activator; the same activator drives activation of both channels in mature heart cells. These data indicate that conclusions on pharmacological effects between hiPSC-CMs and mature adult heart cells need to first be vetted.

This and other groundbreaking research at MMRI continues to expand, both in terms of its capabilities as well as its scientific and technological advancements. “Our research continues to push the field of cardiology and it remains at the forefront of scientific discovery. We are proud of the work, and importantly, our investigators, who work hard every day to make a difference and save people’s lives” said Maria Kontaridis, the Gordon K. Moe Professor and Chair of Biomedical Research and Translational Medicine and MMRI Director of Research.